Poppies with a Sky at War 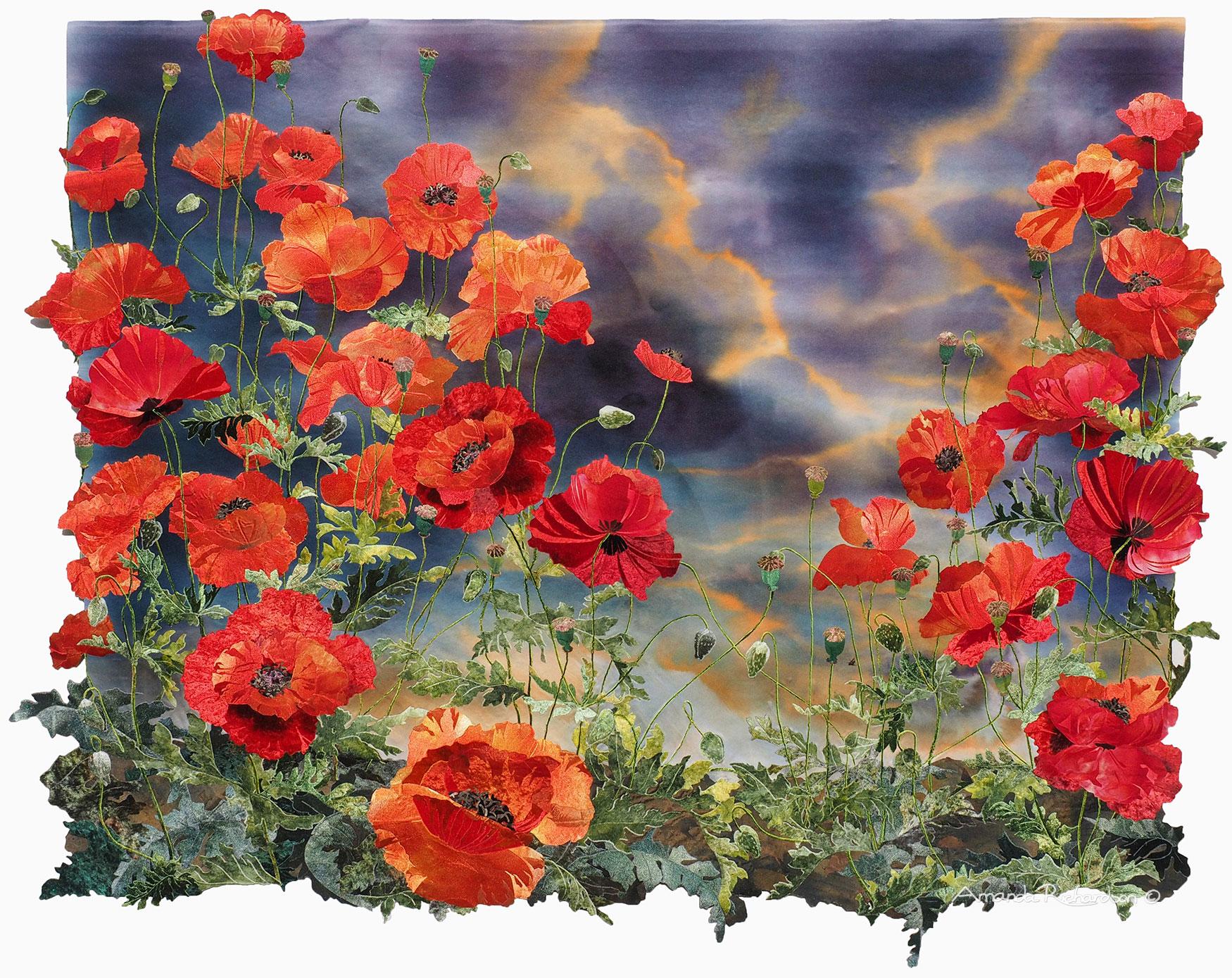 Poppies have become the accepted emblem of the soldiers of the 1st World War but so often they are depicted in some dreamlike landscape of peace. The soldiers perspective however was from the bottom of trenches where their view was of soil and sky and the sky itself was filled with war. In this artwork the ephemeral, blood red poppies reach up towards that waring sky, brilliantly illuminated, easily crushed, and yet returning again and again despite the carnage. 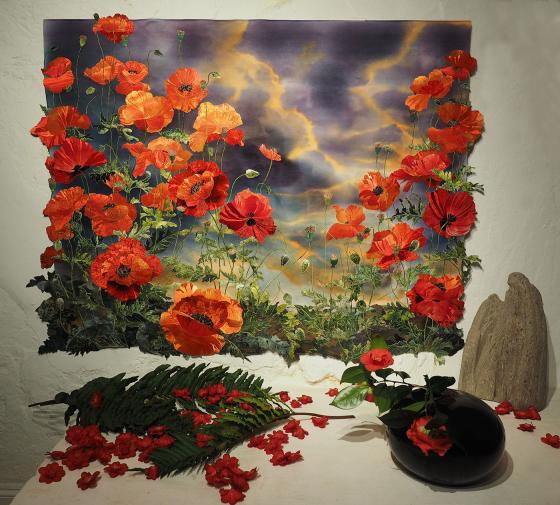 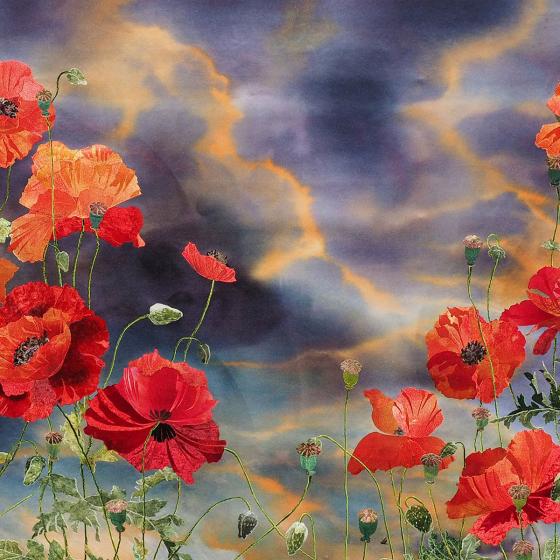