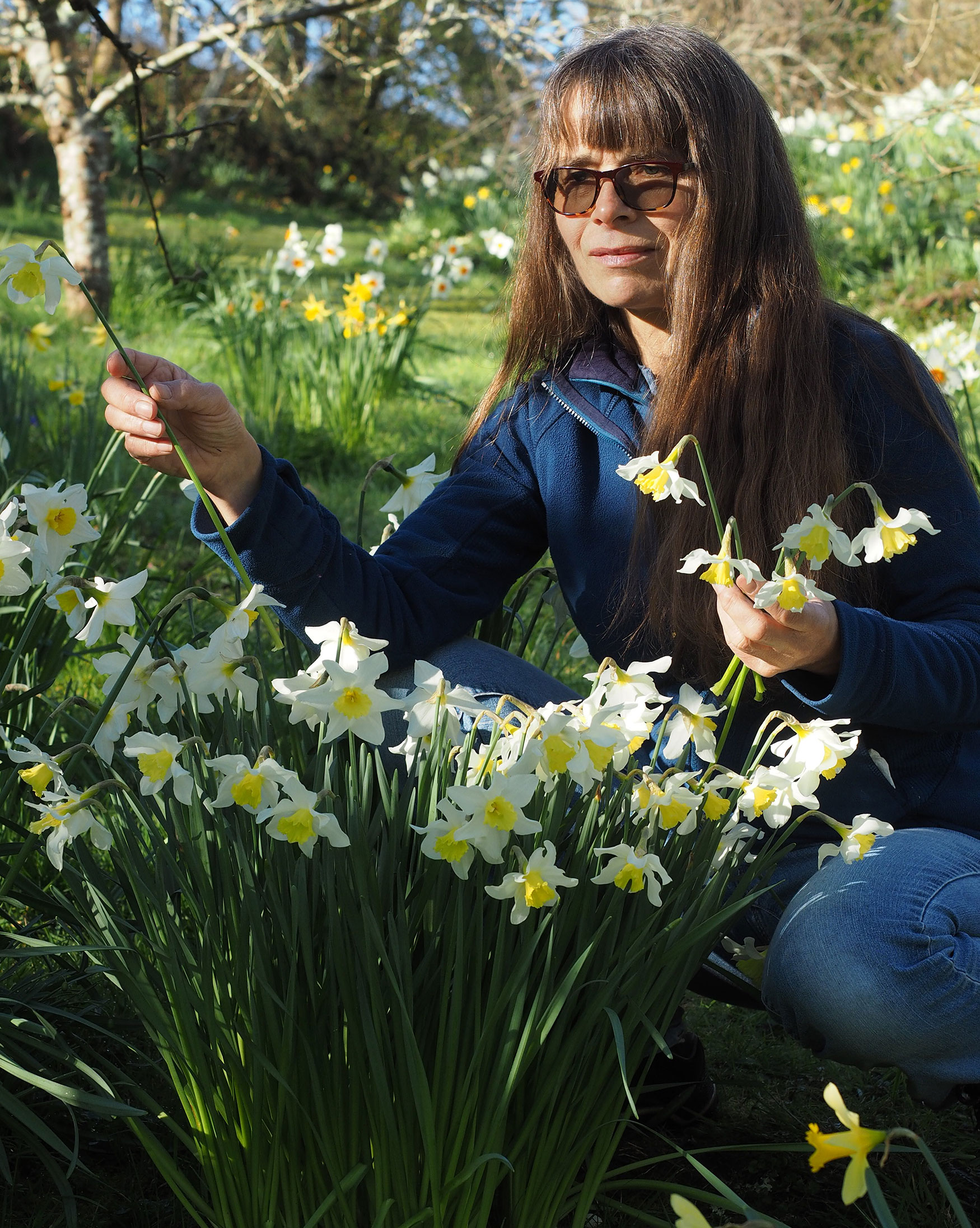 Amanda Richardson was born in Cornwall, a county with a long tradition in the visual arts. Amanda immersed herself in this culture, and won regional and national art competitions from the age of 11. After five years at art school she graduated with an Honours degree from Goldsmiths College, London University.

From a young age she explored many mediums, and has always been both painter and textile artist. During her time at Goldsmiths, she pioneered a new technique in textile collage which has become the main focus of her career. During her final year at Goldsmiths, the Marquess of Bath was so taken with her work that he commissioned a nine foot high artwork for Longleat house, to be designed by Amanda, with the central panel in her own technique and the border embroidered by the Royal School of Needlework.

On graduation, further national and international commissions immediately followed, and a period working for the fashion designer Roberto Cavali in Florence. She had her first solo show in London before traveling to the USA where she began showing in galleries across the country.

Amanda then moved to America, fascinated by the wild and beautiful landscapes of that continent. Further solo shows followed from New York to California. She was commissioned to create many large artworks for public and private spaces. Clients included major banks, corporate headquarters, Universities in Alaska and Washington State, hotels including the Marriott and Hilton groups.

The ten years Amanda spent in America were hugely fascinating and productive, but Cornwall remained her emotional home. She returned to live and work in the far west of the County, continuing both exhibitions, and commissions, adding names including Boeing and the Waldorf Astoria to her list of commissioners.

Amanda continues to travel, from Australia to India, Mexico to China, drawing inspiration from the richness of their natural environments and extraordinary landscapes. This international research, together with the natural beauty of Cornwall, offers much of the subject matter for her art. The artist has also been a passionate gardener from her early days. She now has three acres of valley garden where she explores the art of gardening with nature, allowing the wild to merge with a complex design of meadows, orchard, pond, river and so much more. All of this is reflected in her unique collages.